A tweak to Portland’s zoning code will make it more difficult to redevelop mobile home parks, an effort to preserve the low-cost housing they provide.

The Portland City Council unanimously approved the change on Wednesday. It creates a new zone for 56 of the city’s mobile home parks, which house about 3,000 households.

Six of the city’s 62 mobile home parks have closed in the past two years, leaving residents scrambling to find a new place to live. Those who own their mobile homes are often unable to move them elsewhere, but they might still be responsible for a mortgage, turning a financial asset into a liability. 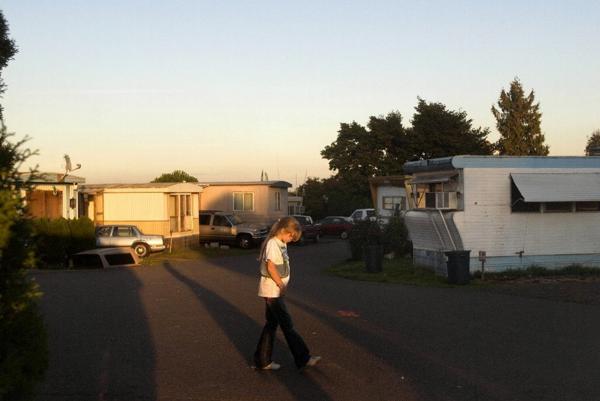 While it would be more difficult for owners of mobile home parks to sell or redevelop the land, the proposal would allow them to sell unused density to developers building elsewhere.

Residents of mobile home parks turned out Wednesday to show support for the proposal, saying it would help preserve communities and maintain families’ access to schools and services.

Gloria Contreras, speaking through a translator, told the city council she has lived at Cedar Shade Mobile Home Park in Northeast Portland for more than 12 years.

“For my family, this is home,” said Contreras, who lives with her four children. “We take care of each other, our homes and we take care of strangers. There are elderly people who know that if there’s any kind of time of need or emergency, we will be there to support them and help them.”

Mike Connors, a land-use attorney representing North Portland mobile home operator Hayden Island Enterprises, said the policy could open the city to claims under Measure 49, which would require the city to compensate property owners for the loss of property value. He also said it could restrict park owners’ access to financing.

“As a result of that, they’re either not going to upgrade or maintain the parks at the level they do currently, or it’s going to result in an increase in rent,” Connors said.