I’ve been hearing that the housing market is slowing down and prices may even start falling. Should I put my home search on hold to get a better deal down the road?

The news has been filled with stories about how the housing market is finally cooling—after more than two years of unprecedented price growth and wild bidding wars. More homes are going up for sale in many markets. Buyers no longer need to waive every contingency imaginable—and promise to name their first born after the seller—to snag a home of their own.

Some prospective buyers are starting to believe that falling prices might even be on the horizon if they just wait out this crazy market.

Is putting the home search on hold a money-saving move or just wishful thinking? That remains to be seen. No one wants to buy at the top of the market, but it’s not clear yet whether the market has peaked—or if record-high home prices and fast-rising mortgage interest rates will continue ratcheting up even further.

Now, as the nation appears to be on the precipice of what could be another recession, inflation is soaring, and financial markets are stuck in a mostly downward-moving roller-coaster ride, it seems like something has to give.

So is the time right to dive into homebuying, while you still can? Or should you go into a holding pattern? As it turns out, there are compelling arguments on each side. 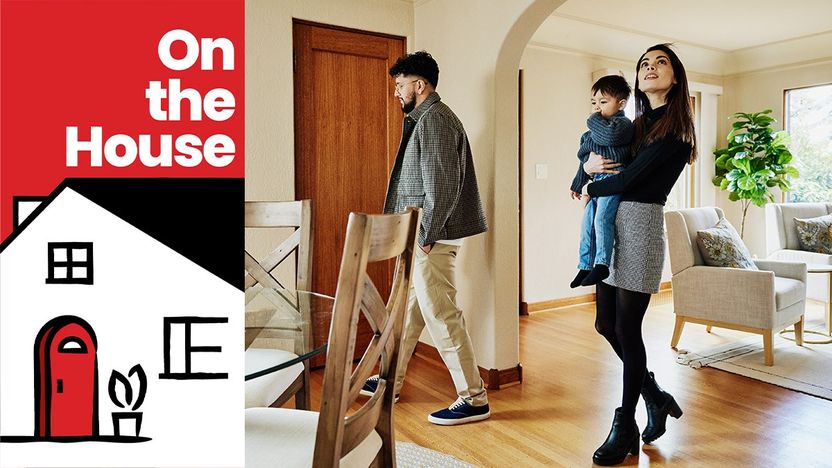 Why first-time homebuyers might want to pause their search

Let’s break it down into what we know: There are more homes going up for sale. Sellers have raced to plant “For Sale” signs in their front yards while they can still fetch a good price and builders have put up more new residences. That’s great news for homebuyers.

The number of sellers forced to cut prices on their properties doubled in June compared with the same month a year ago.

We also know that there’s less competition from buyers. Fewer buyers are able to qualify for mortgages as a result of the higher interest rates. Others worried about high prices and the prospect of another recession are dropping out of the market. That means fewer bidding wars. Buyers don’t have to offer so much over the asking price—and might even be able to get a home for less than the asking price. And they don’t need to waive as many contingencies.

Still, many real estate experts are advising buyers—especially first-timers—to wait it out this period. Why? Because the toxic combo of high prices and rates has pushed homeownership out of financial reach for many younger or less well-off buyers, or would require them to dangerously stretch their budgets.

It’s likely that those who wait until the fall or next spring are likely to encounter even more homes for sale, additional price cuts, and an increasingly buyer-friendly market.

We also know that mortgage rates typically fall during recessions. So if a downturn does materialize, buyers who remain employed will likely get a little bit of a financial break.

Economists don’t expect widespread unemployment in a downturn that would lead to large numbers of homeowners not being able to pay their mortgages—as happened in the housing crash. Lenders haven’t made nearly as many risky loans. And there are still too many folks who want to become homeowners and not enough residences to go around.

So while prices might go flat, or even dip a little in certain parts of the country where they shot up the most, they’re not expected to fall significantly.

While it’s true that what goes up must come down—there’s no telling just when that will be. It’s not easy to time the market.

Some real estate experts are predicting that home prices will just continue to rise. We know there are still far more investors and people out there who would like to become homeowners than there are properties available for them. That’s expected to keep prices high.

Mortgage rates are another unknown. Mounting recession fears could keep them in check. However, the U.S. Federal Reserve is likely to give its own interest rates another steep hike this month to rein in inflation, which stubbornly refuses to fall. When the Fed’s rates rise, mortgage rates typically follow suit.

Higher rates would make homeownership even more expensive than it is today. That could price many aspiring homeowners, especially those who don’t have the proceeds from the sale of a previous home to help finance the next purchase, right out of the market. Or first-time and other buyers might have to look at cheaper homes, such as fixer-uppers and smaller properties without all of the features they had hoped for in less desirable locations.

What’s a first-time homebuyer to do?

Most so-called experts will admit they don’t have the best track record of predicting what the economy or housing market will do. Few economists anticipated that home prices would surge more than 40% in just over two years during a global pandemic. Even fewer called the housing bubble of the mid-2000s that plunged the nation into a painful recession.

My best advice is to be vigilant about what’s happening in the housing market, as well as the broader economy. Look for clues on where it all might be heading. And don’t be afraid to negotiate with home sellers as well as mortgage lenders.

If rates fall one day, be ready to pounce immediately. Shop around for the best rates, consider paying points, which lower rates, and be prepared to haggle. You want to lock in the lowest rate you can find, yet maintain some flexibility so that if they fall even further, your lender will honor the lower rate.

The same goes for homebuying—be ready to move in on a good opportunity. Sellers are likely to be receiving fewer offers than they were just a few months ago. That means buyers might not have to offer as much over the asking price. They might not need to waive home inspections and might be able to negotiate repairs and other problems with the sellers. This can help to lower their total bills or even result in a smaller sale price. Buyers who hold on to their appraisal contingency also can save themselves some cash if the home isn’t valued as much as their initial offer. This gives them the opportunity to renegotiate a better price.

Buyers might also not need to put as much down for sellers to seriously consider their bids. This allows them to do the math and see if it makes more financial sense for them to put in a lower down payment and use the rest of the money to buy down their mortgage rates.

Watch the markets. Keep track of housing trends and economic factors. You’ll get a clearer idea of when the time is right for you.

For this and related articles, visit Realtor.com

6 Reasons You Should Never Buy or Sell a Home Without an AgentARM vs. Fixed-Rate Mortgage: Which Home Loan Is Better for You?
Scroll to top